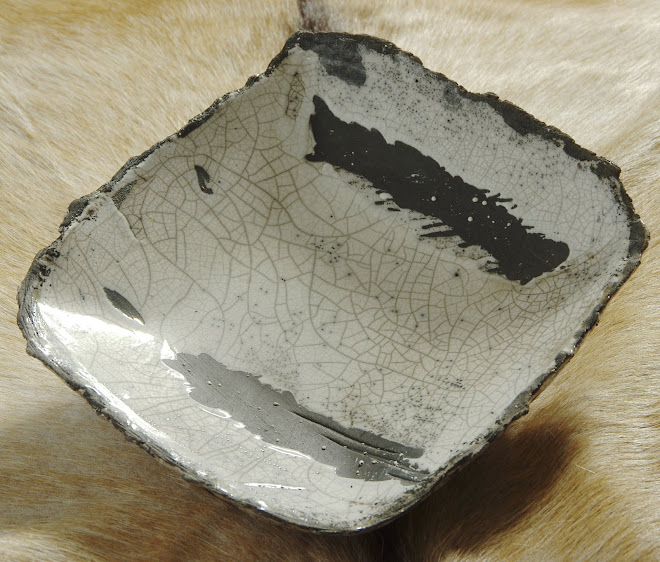 On a couple of evenings we walked down to the front at Cannes to take photographs of the wonderful sunsets. 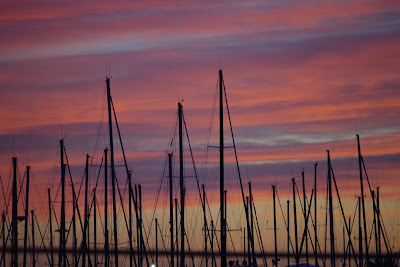 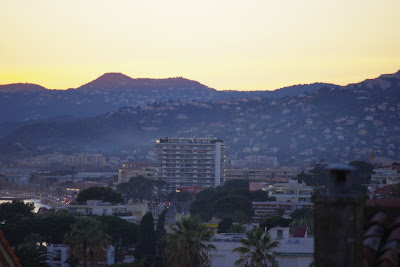 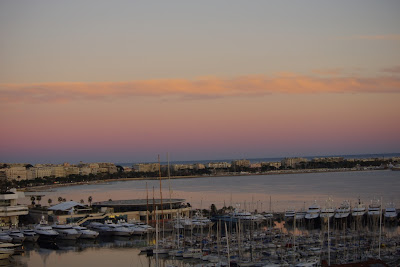 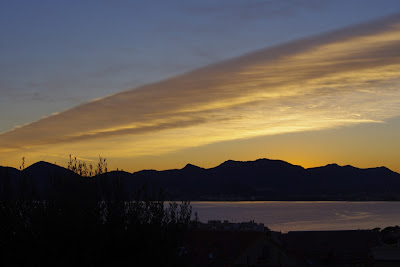 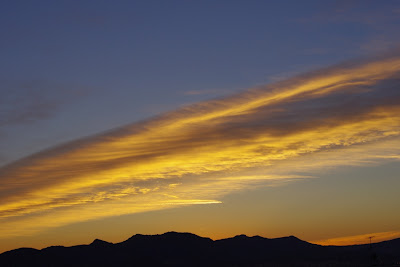 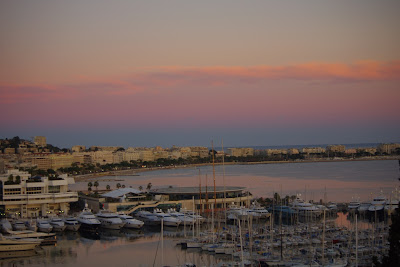 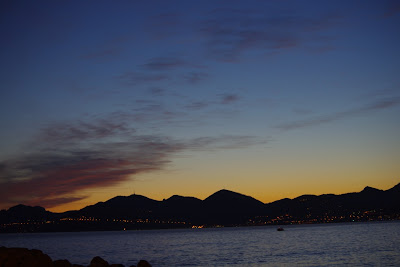 Posted by Pilgrim at Kerjacob at 13:09 2 comments:

Sunday characters at the brocante in Cannes.


Sunday morning in Cannes was sunny and we went to investigate the little brocante and stalls down on the front.
I thought this lady was just amazing with her lush blonde wig and her extravagant hats that seemed just right for Cannes.

There was one hat that I really liked but being wrapped up in my purple velvet coat and purple suede boots I didn't think I would do it justice.
Now back home I'm still thinking that I should have done, I love it !


As you can see there weren't many customers but I'm sure in the summer she would be a very busy person with her wonderful hats.

I did look around the stalls, there was a lot of flashy costume jewellery which I'm sure sells well but there were some other lovely things and I was impressed with the prices, not too expensive.


As we walked along there was certainly great people watching.
I found this lady fascinating, she was reading the menus at all the bars lined along the front.

La Croisette is certainly a place for people watching, in the summer it must be even more enjoyable
and I'm certain there would be more amazing outfits to see !

Door knobs and an Elephant in the Marais - Paris.

As many of you know I love looking at old doors, windows and door knobs.
I think there are many who share my passion.
When we were in the Marais, Paris recently, I found some more to add to my collection. 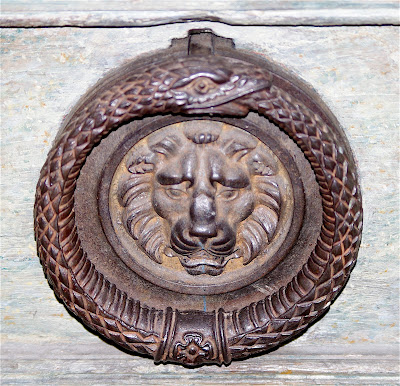 This one above is just wonderful with the snake coiled around with its tail in its mouth.
I love the patina on the metal too. 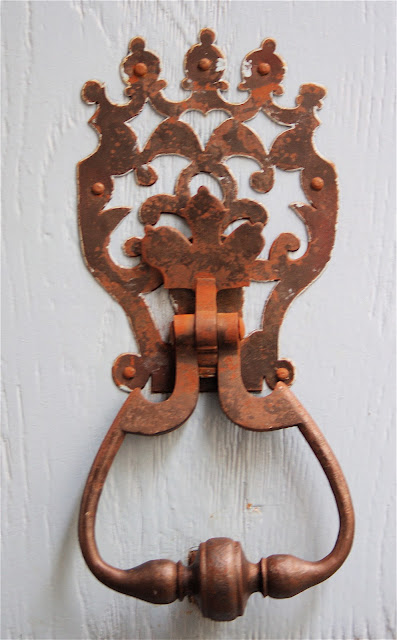 For those of you who love rusty metal this one is just perfect especially on a pale door.

Now, to the Elephant.
I'm not sure why but in the Marais there seem to be quite a few bars and bistros that have names with elephants included in them.
I noticed this one as we were coming home in the dark and just had to go back the following morning to take some photographs before we headed off on the train to Cannes. 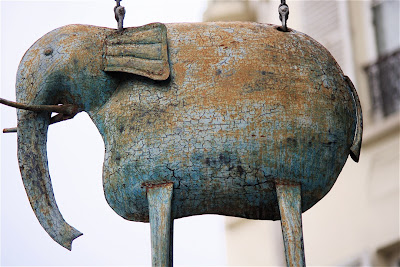 I LOVE everything about him, his face, his body his colour, everything.
I would LOVE to have him hanging here in Kerjacob. 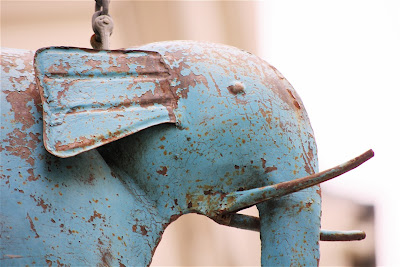 Posted by Pilgrim at Kerjacob at 03:45 No comments:

A few weeks ago we went to the South of France to find some warm sunshine and blue skies.
We stayed in Paris for a few days before traveling south.
We were staying in the Marais, so after lunch we decided to go for a walk over to Ile St Louis and take in the sights.


As we got near to Notre Dame we could see so many people and a huge stand built facing the main entrance of the cathedral. Of course we wanted to know what was going on.
We found out that we had arrived on the day and the time that nine new bells were coming to the cathedral to celebrate its 850th anniversary. 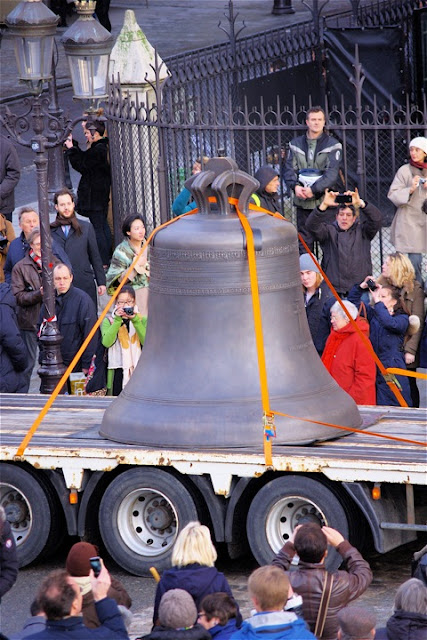 The Great bell, or  'bourdon', weighing 6 tons  and named Marie had been cast in a foundry in Holland.
The eight other bells, all named after saints or important people within the Catholic church had been cast in Villedieu-les-Poeles in Normandy.

The other Great Bell still hanging in the Cathedral was ringing away to welcome the new bells as were thousands of people.

The old bell, called Emmanuel has hung in the cathedral since the 17th Century. 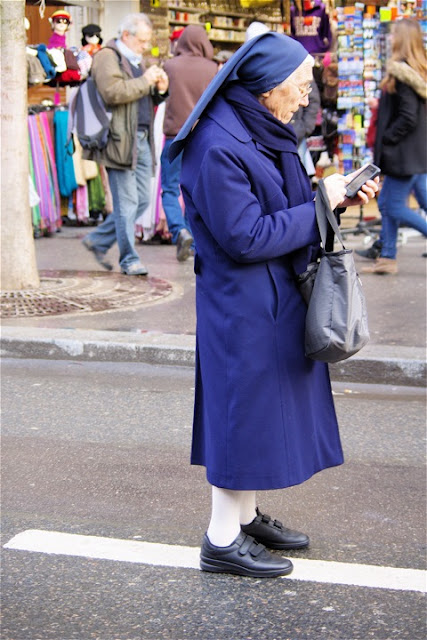 This elderly nun was delighted and was trying to take a photograph with her phone.
It was obvious ( like me ) that she didn't know what to do.
( I've only just learnt predicted texting !! )

Anyway she asked a couple of young men and they helped her, she then asked their names and said she would say a prayer for them.

A few more people asked if she'd pray for them too and I last saw her walking down the road with a very happy smile on her face repeating their names so as not to forget !

Wonderful - a day not to forget !

Posted by Pilgrim at Kerjacob at 02:18 No comments:

To wish everyone a very happy day. 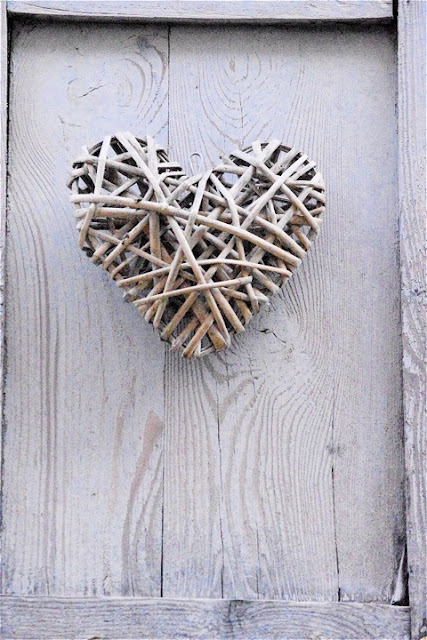 Sometimes this day is happy sometimes it is sad. However it is for you, try to be happy. 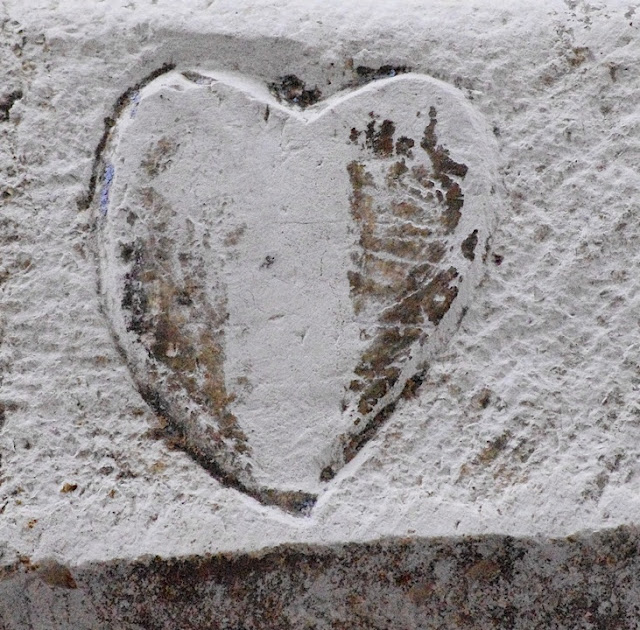